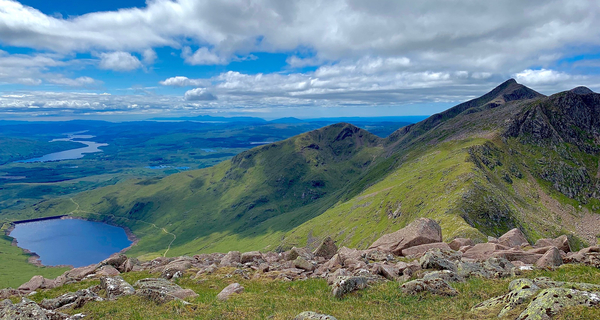 We are delighted to announce that Rosemary Power's poem entitled Glen Nant is the winner of Journeying's inaugural poetry competition:

Did once tired feet
seeking elusive Love
come down the glen and see
the pilgrim path alight with hint
of hope beyond their time?

Did the Nant wash
stained bruises, soil, off soles,
_and Cruachan raise her crown,
white still and wheeled_
with eagles, her flanks
sheltering deer?

Did the sun touch
plague-weary wanderers
of our time, rootless and yearning
for lands behind the light?

Was each enclosed in glow that day
embracing hungry body and defeated mind,
and shine pale gold?

(Glen Nant, near Taynuilt, Argyll, Scotland is part of a medieval pilgrimage route).

David Arkell, one of the judges said: "This poem about the ancient medieval route in Argyll really caught our imagination. The beauty of the words is underpinned by a wistful tone: 'yearning for lands behind the light' and 'defeated mind'. The phrase 'plague-weary wanderers' resonates with our own times as well as looking back to the past, and the future is evoked by the phrase 'hope beyond their time'. In summary, a poignant portrayal of a pilgrim journey."

Iain Tweedale, the other judge added: "Yes, the poem is evocative of place and we liked the way it poses a series of questions which is often the case with pilgrims embarking on such a journey. The words flowed, it created an emotional response in the reader and it left us wanting to know more."

"We had 36 entries," said David Arkell, "and it was very difficult to come up with a winner as the quality of writing was so high across the board. We'd like to congratulate and thank each and every poet for taking part."

Rosemary Power is a member of the Iona Community. She has volunteered in the refugee camps of northern France, worked professionally in church ministry and the voluntary sector. She is also about to publish a book on the Story of Iona. She wins a 10% discount on a 2022 Journeying holiday and the Journeying Poetry Competition certificate.

Over the coming weeks we'll feature poems from the collection on our website and social media pages for everyone to enjoy. 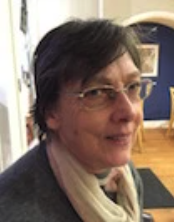