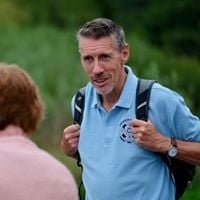 The Triskelion Way is a modern pilgrimage trail in the Isle of Man, running 36 miles across the Island through superb scenery, linking the historic Christian centres of Rushen Abbey, Peel Cathedral and Maughold.

Since the route was created in 2016, a four-day pilgrimage has been organised each year to help embed the trail physically and in spirit and prayer. In 2020 this was planned for early May but looked like going the way of all flesh when the Covid curtain descended in the Spring. However an early lifting of lockdown allowed the event to be hastily re-organised for the final four days of August. Ancient heritage would be visited along the way: keeills (early chapels), carved crosses and holy wells. The terrain varied from sheltered glen to rugged moorland, from high clifftop to dramatic waterfall.

The word went out and a diverse group of eighteen souls met in the car park of Rushen Abbey at 10am on 28 August. The rain held off and we headed north alongside the Silverburn river. Around noon we paused for an hour for coffee and prayer at lonely Kerrowkeil, a simple Methodist chapel built in 1814. Crossing the spine of the island, we descended through Glen Rushen to hit the west coast at Glen Maye, before finally tramping along the coast path into Peel. Some stopped the night here in Cathedral accommodation, others went home.

On Saturday, some new faces appeared and the sun came out as we climbed inland, lunching at the site of a 10th century keeill dedicated to Patrick, before descending again towards Kirk Michael village. Our third day was a challenge, climbing steeply with views of Ireland and Scotland on the horizon. Then down to enjoy our lunch by the Sulby reservoir dam before ascending again on to the slopes of Snaefell, the island's only true mountain at 2036ft. Hiking northwards over miles of high and lonely moorland, we at last descended Sky Hill to arrive in Ramsey. The final day was a mere five miles along the east coast to Maughold, named after an early Manx saint, and whose cliffside well we visited shortly before entering the churchyard which marked the end of our odyssey. We celebrated our pilgrimage as we ate our lunch, seated around the low rectangular ruined walls of another keeill, grateful for this chance to take a few days out for reflection, poetry, prayer, and silence.
__________

Journeying visits the Isle of Man in August 2021, based at Peel and treading some parts of the Triskelion Way, as well as other areas of the island. 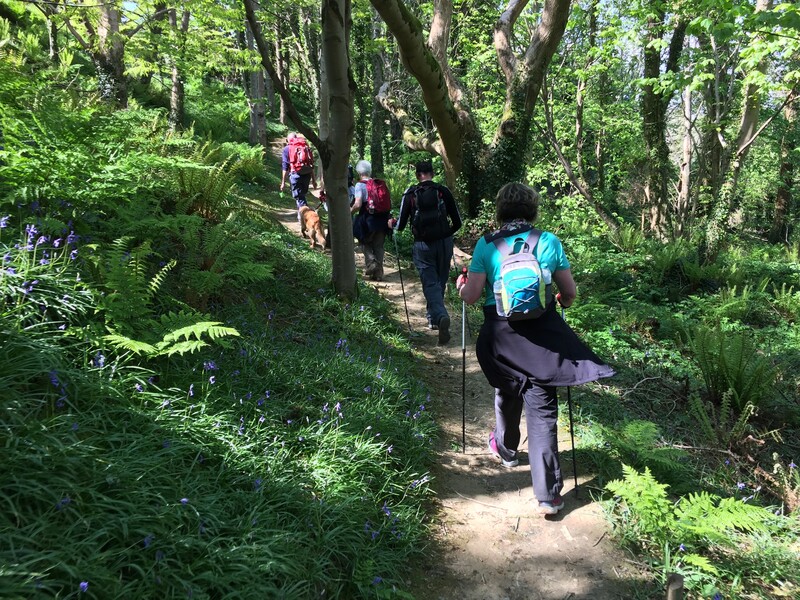 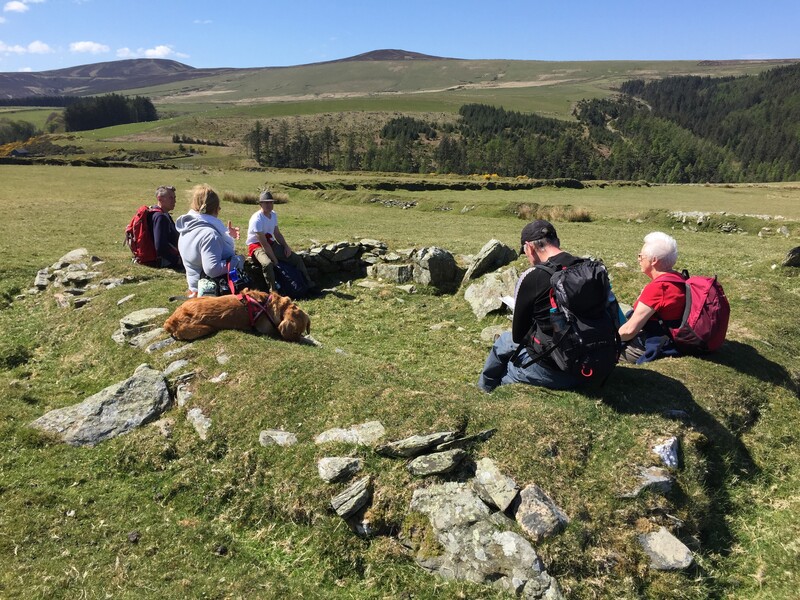