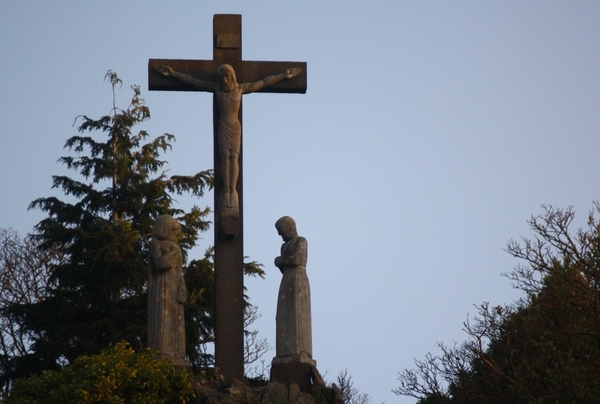 Here on earth Lord you carried a
cross on which the whole world's sins were
laid, but, in sight of Calvary
you fell beneath the load on the
dusty ground and Roman soldiers,
having a job to do, seized a
pilgrim and, in front of his sons,
forced him to shoulder the cross and
walk with you through noisy streets of
frolicking festival goers
leering, jeering and shouting
insults as you walked the final mile.
He didn't know you Lord but what
he was doing for "the least of
these my brethren", he did for you!

(Janet has travelled on many Journeying adventures and has also served as a volunteer on Iona, with the Iona Community).