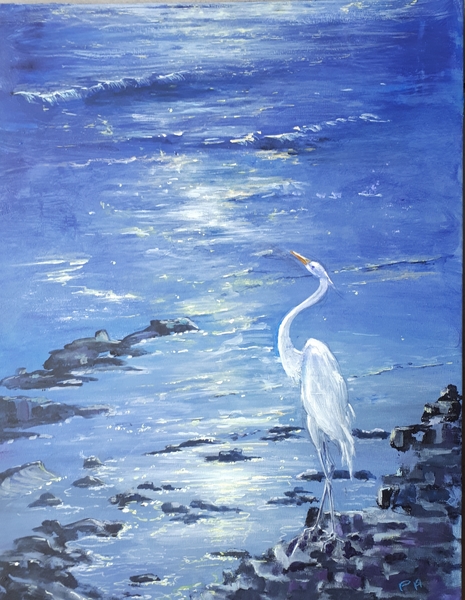 Isn't it awe-inspiring how God makes his presence real in the sudden unmanufactured moment that happens in the middle of the mundane.

There I was taking the dog on his before bed walk last night.

A big moon was making a path across the sea and a heron glimmered among the wavelets on the sand, flexing and stretching his neck waiting, waiting. Then quietly and carefully he stepped across the path of light and slipped his head neatly under the ripples. Then up with a bright silver fish wriggling and sparkling in his beak. He paused for a moment (saying grace?) then a tidy gulp and that was it - a satisfied stomach. Poor fish!

I painted a rather stylised picture earlier this year when I saw a heron just standing on rocks in the moonlight but now I must try it again...