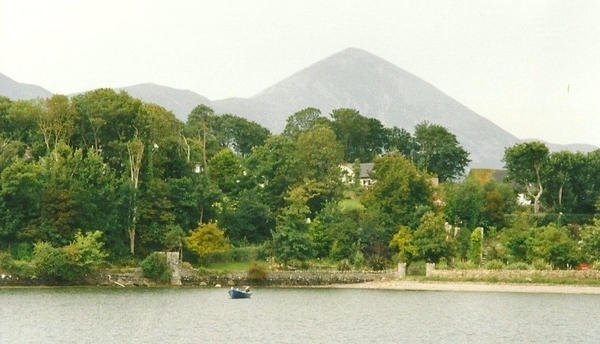 Our first trip to Ireland coincided with that wonderful year of peace, 1994.

Sweeping down the road that leads from Castlebar to Westport, Co. Mayo, the pilgrim group caught its first glimpse of Croagh Patrick, Ireland's foremost Holy Mountain and our intended destination.

We unpacked and settled into Westport Hostel. Things were still a little formal. Conversation at the evening meal, although interesting, was not yet flowing. However, with pudding over, the film crew pointing cameras at views and not people, and the first 'chore group' busy in the kitchen (sharing the washing up is a great way to make friends and break barriers) things began to feel more relaxed.

TV Producer, Jeffrey Milland had made contact a few months earlier, following a newspaper article. His eventual film of the trip portrayed wonderfully the stories of those who go on pilgrimage.

"How's the pain?" someone asked a pilgrim midway up the mountain. "What pain, what pain?" came the reply. Exhilaration, expectation, determination! Whatever the pull, we made good progress in the early morning sunlight - the sliding final haul was yet to come! One hundred meters below the summit of Croagh Patrick, pilgrims begin a daring scramble over endless mounds of scree - small rocks that move with each foot fall. And to think some folk manage this in their bare feet!

Pilgrim leader, Richard, nearing the top; "I've heard comments like, 'is it halfway to heaven or half way to hell!?"

Only one had to turn back. The joy of reaching St Patrick's Chapel on the summit was tremendous. All signs of tiredness vanished in the moment... "However, no sooner were we on the top" Audrey, a holiday guest of many years, exclaimed, "than they said, right that's it then, it's time to go back down!"

In fact, the weather was turning and ten minutes on the top was all that we could reasonably afford... but I did sympathise with Audrey!

Leaving the summit in what might have seemed a hurry, illustrated for me something that we had been discussing earlier - the relative importance of 'journey' and 'destination' in pilgrimage. In other words, was the point of pilgrimage best seen in the fellowship and toil of the journey or in the emotion and sanctity of the eventual destination?

Sister Irene, a hermit living close to the holy mountain, mused similarly over journey and destination during her own spiritual quest. Sister Irene's revelation was to know that for her the journey was the destination... The misunderstandings and loneliness during her search for vocation were in fact the very formative experiences of a hermit.

We joined Sister Irene, a remarkable woman in her early thirties, for evening worship in the almost finished Chapel at the hermitage she had started to build a few years before. Sister Irene's re-founding of the hermit life in Ireland, and the story of the building of Mount Tabor hermitage, made fascinating listening and an inspiring end to the first stage of our pilgrim journey through West Ireland.

Marooned on a tidal island; rescued by a minibus driven through a rapidly rising tide; becalmed on a ferry without fuel; towed to shore by the rival firm! The second part of our journey was to prove to be a time of high adventure, and, incidentally, great camaraderie - many had arrived on their own but found companionship and community in the shared challenge and uncertainties of the journey. 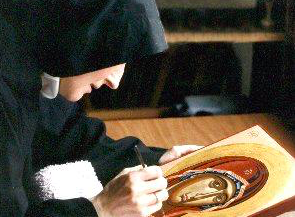 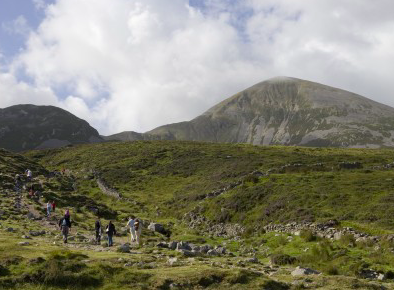 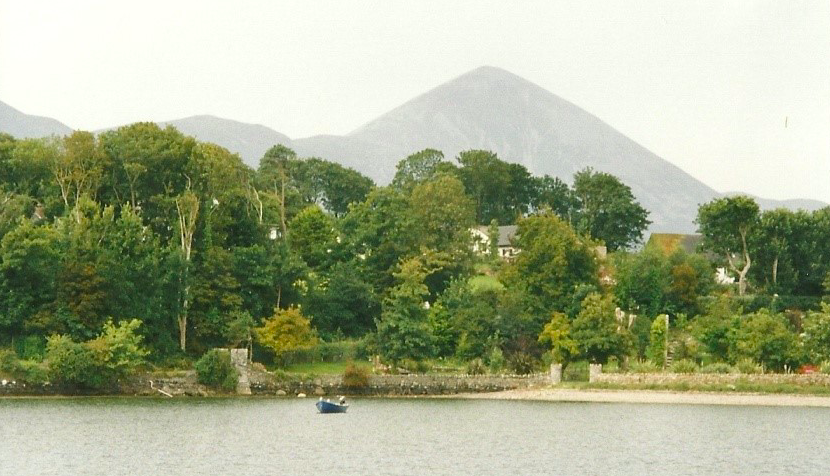