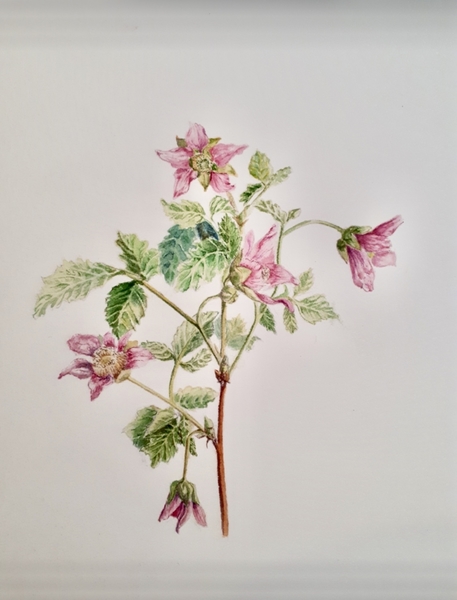 Blaeberries and Salmonberries in Springtime

I have been having fun racing against time to capture blossom before it bursts into business-like growth. You make lovely discoveries. I thought the vibrant little green twigs pushing up on the woodland floor and on the hillside was evidence of remarkably prolific bloom. Then I suddenly found that they had sprouted small smooth leaves hiding small claret coloured heathery bells. I checked my app and, hey presto! Blaeberries! I had never found their flowers before. Looking forward to the crop and space left in the picture for the berries.

And another pretty purplish flower a bit like mallow but not. So I checked the app (wonderful technology newly acquired) and discovered it was a version of rubus spectabilis (salmonberry or various other names) which produces a yellow raspberry looking fruit. Now that solved the mystery of the appearance later in the year, among the hundreds of wild raspberries in the woods which make such a good supper, of unexpected yellow berries which I had always assumed were a kind of aberration. So that picture is also waiting for its berries later in the summer and I hope to come back to the same plants later to get all the stages. 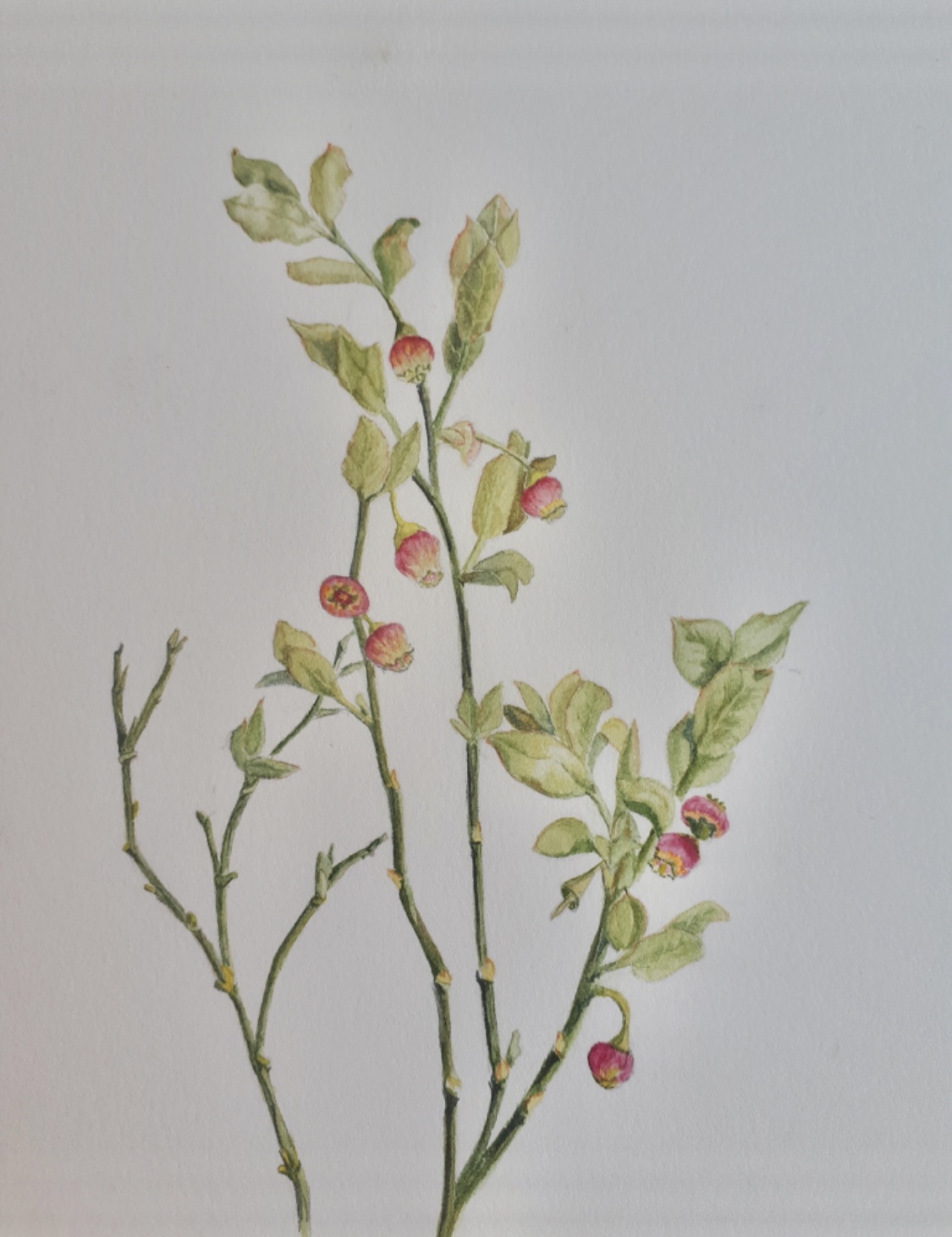